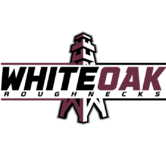 Who wins? Pick 2 on each question. Total of four votes