No, but I did stay at a Holiday Inn Express one time.

This ain't no scrimmage you old goat.... HENDO by 14!! Henderson will stop the run and PG's pass game is non existing. Better bring your kleenex for the ride home HAWKO... 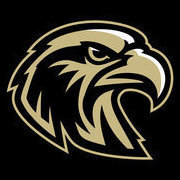 Have to say This years thread was not as interesting without him. #Freethelion