Funny thing I followed Waskom football back in the late to mid 60's as a pre-teen with my parents then played 4 years and the only time I missed a bunch of games was when I was in the Air Force, one o 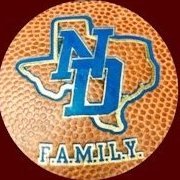