Black people should learn their history and not use it either.  It’s inexcusable to call me a white privileged racist then go call your brother or cousin the N word like it’s normal. 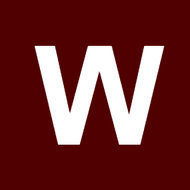 Absolutely love this!!! I hope every player that involved in this on every other team is asked to do the same. You are D1 football player you spoiled, selfish, disrespectful little brats. Its time you

I keep hearing the talking heads say that Ohio State should get into the playoff even if they miss the Big10 championship game because they fail to meet the league’s 6 game eligibility requirement. Am