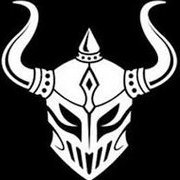 I am using the term "track record" referring to their district play, looking at the last 3 years i don't believe they have lost a district game, no surprise they don't go deep in the playoffs (not bec