No where in his life has President Trump every shown Christian values. 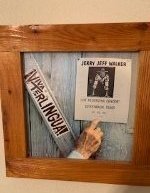 Trump is MUCH closer to Christian beliefs than the pedophile, rapist, child murdering scumbag you supported.........funny......