USA Today National Rankings, All Classifications in One

I think any program that wins 8 state titles in 13 years in Texas deserves at least an "also receiving votes" when it comes to top 25 teams in the country.  Any debate about what they could or co 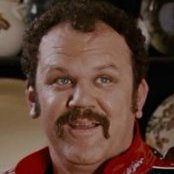 Very cool to see some national recognition and I do think it’s deserved. This was perhaps the best team of Carthage’s 8 state champion teams. Certainly the best defense. It’s hard for me to decide if

Bigger doesn’t always mean better. Pretty sure there are some 6a that can get the business handed to them no matter what class. Carthage wouldn’t win the championship in higher classification but comp