All you have been expressing are opinions with no factual evidence.  We get it, you don’t like the guy.  Quit smearing him unprovoked or you can take a very long vacation from this site and go join th 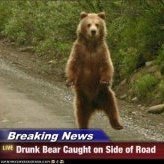 Wait, is that the same Jordan Wood that Maud.... nevermind!