Newton will show out in Jasper. I mean it's Jasper, one of Newton Biggest Rivals and it's on their brand new field. EF should have just agreed on Center.

I cannot speak on Newton and what they can or cannot do. I can tell you a few things about EF though. Out of the many different varsity teams 3A-5A that I saw on the field this year as an official, EF 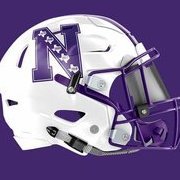