How would a 3 way tie breaker work should Lovelady groveton and Centerville each end up with 1 loss? 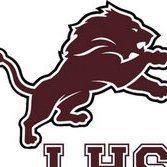