This Lobo fan say Tascosa Wins by 10 points. Meet King Doerue , Joseph Plunk, D'Andre Campbell and the flexbone!  This offense is too complicated for a High School Defense to figure out. Tascosa has f 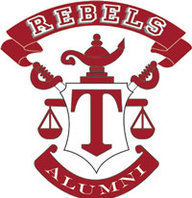 Tascosa all day... Rebels defense is too strong and fast for anything Lobos are bringing... and the offense is hard to stop when you don't know whats going on... I think it'll be a close game because