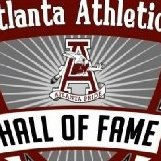 Wow.... I'll be honest. That just made a grown man cry. Prayers to your community. I pray y'all win, and fulfill so many dreams. That young man is a heck of a player and I hope he gets to continue to

Good Luck to the Lobos!