Question for our Democratic friends... 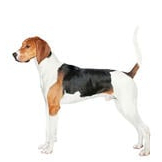 Better odds than aborted babies have

If your shot and mask work then why care what they do?

When my time on this Earth is up, My Father in Heaven will Call me Home; & No vaccine will prevent that. I am at Peace with this. Perhaps you should look to your own eternity.