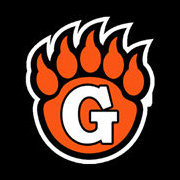 Going to be two good games as Region 2 is down to the final four. All four teams are very good and have their strengths but MV passing game is way ahead of the other three IMO. Not sure who takes the

I see ya Gladewater. Very nice win last week. This may be the year. Good luck to the Bears and all y’all GW fans. Haven’t been on because I’m chasing a monster. Best I can tell, he’s a 14 point.

Think what you want.  No reason to be on the site until last year as I didn't stay informed because my focus was on my daughters softball teams.  Know quite a few of the boys so thought I would join.