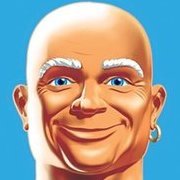 Tatum beats horrible teams by 100, survives on athleticism and a good shooting performance in a couple close ones, never develops a half court game, loses in the playoffs to a team that can break a pr