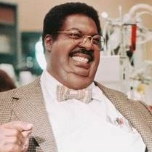 Yes this is a real place. Just ask Tom Collins and Jim Bean.

Y'all be nice to the Tomcats.  I've heard some rumors that will shock some people if true.  Predicting Jerry World appearance in 2 to 3 years.