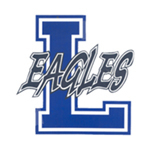 This district has lost part of its shine, but it’s still one of the toughest districts in the state.

Looking at the playoff bracket... Kilgore and Lindale are in the bottom half of the bracket. Kilgore will plow through LCM and get El Campo in the 2nd round. I'd put our odds at about 80% to

Chill can stay in denial 😆 He must have a short term memory.