I don't think he will have any consequences if he loses to Waskom. The last coach went like 2-8 against Waskom and he was allowed to stay for 9 years. If this coach is let go, it will be because the s

Something just wrong about an orange yeller jacket ... 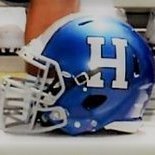 That is what color Hornets are supposed to be!