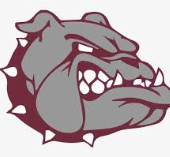 Cooper is going to run into the same thing Centerville did .... they don’t have a come from behind offense ....  I watched most of their game last night on the live stream .... Timpson will light up t

Kirk didn’t think we had a shot the last 2 weeks lol.  He’s not gonna give Cooper a bit of credit unless maybe they pull it off this week. Somebody told me a few days ago on here that if Timpson wins,