Well for what it's worth,most all of the go getters but eaves will be back for Carlisle next year,so we should be competetive and I'm already hearing rumors of former players coming home to grad with

That's is awesome Damien Davis from mart who played at Oklahoma state with deez bryant started summer work outs for all ages last summer. We have slot of our ex super stars from mart helping with the 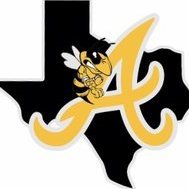 You also have an obligation to recognize when he’s so injured that he’s basically rendered ineffective in what was a “lost cause” for Lovelady as early as halftime. At that point, it’s about protectin