Sam Wells from Frankston to Elkhart

Wells has been the head football coach at Frankston for the last four years, compiling a 23-20 record and two consecutive playoff appearance,
Wells was also the defensive coordinator at Elysian Fields under Ted Patton (now at Rusk) before taking over as head coach at Frankston. He's a graduate of Cayuga High School and Sam Houston State University.

He replaces John Adair, who remains on as the head baseball coach.

Click "more" for the rest of the story and quotes from Coach Wells.
More »

New Boston running back Damien Haskins, 5-9, 215, 4.6, has committed to the University of Memphis.

Haskins spent a lot of time behind record-breaking running back Shakeem Jefferson during his junior season, but is expected to be their lead back in 2012. Haskins ran for 1,187-yards and 19-TD's as a junior and averaged 13.6 yards per carry. He's also a straight-A student.

And, on the same day Haskins committed to Memphis, so did Commerce defensive lineman Cortez Crosby, 6-1, 260, 4.78.

Paul Tullis sent an email this morning announcing his resignation as the AD/Head Football Coach at Como-Pickton High School.

Tullis, who was 16-34 in 5-years as the head coach, told David Smoak, "I just wanted to let everyone know that I am resigning from Como-Pickton at the end of this year. I am not locked in on anything yet but pretty sure I am taking the OC job at Dallas Wilson. I have some family issues with my mother in Mesquite I need to take care of and will move to the metroplex next year. I appreciate everyone who has helped me the past 5 years and hope to keep in touch."
More »

Ritchie Pinckard has resigned at DeKalb High School to take the job as athletic director and head football coach at Callisburg High School.

Moore, with 423-career victories and eight state championships, was inducted into the Texas High School Football Hall of Fame on Saturday night in Waco, and late last week, he was a guest on our afternoon talk show on ESPN-Central Texas.

Who Stood Out The Most: Week 2 - Mike Garland

Caddo Mills senior signal caller Jason Thomason not only led the Foxes to a 44-20 win over Bullard but did so in school record breaking fashion.
More »

MetLife Stadium Apologies for Maggots in Ketchup on Game Day

That's the only way you'll get some real meat in your hot dog at them Gnats games! Stink'n yanks

Eustace really surprised me, they had a comeback win. They maybe in the hunt this year for a playoff spot

I could see them grabbing the third place spot. The district is still Koff’s to lose in my opinion. Groesbeck is the only team with any chance to knock them off I think.

I figured you were still hammered from celebrating Henderson’s blowout of Spranged Heel.?

Only takes a day or two. Easier when Carthage doesn’t play.

MetLife Stadium Apologies for Maggots in Ketchup on Game Day

That's the only way you'll get some real meat in your hot dog at them Gnats games! Stink'n yanks

I hope this is a good game . I don’t wanna watch another Carthage blowout. Beer not allowed in the stadium.

I figured you were still hammered from celebrating Henderson’s blowout of Spranged Heel.?

i am asking again  if wo-s had to play the teams that the dogs played over the last 15 years  oh my  records would be broken,Carthage would not come close to what teams wo-s  has played   i am out of here not getting no where this could go on forever  both schools are good end of story 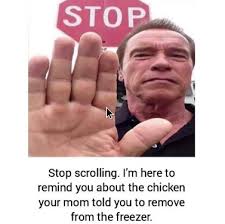