Fleet told David Smoak, "I just decided at this time of my life that I can't think about football all of the time and it's time for me to focus more on my other business endeavors. I can't coach without being intense, and I just can't maintain that intensity day-in and day-out like I once did." Fleet continued, "I have been so fortunate to coach with and for so many great people, too many to name, but we have a special bond."

Jeff Stine has resigned as the AD/Football Coach at Redwater High School to become the head football coach at Castleberry High School in Fort Worth.

Stine, who was 24-18 in four-years at Redwater, told Smoaky.com, "This is so bitter sweet for me, and this morning was very difficult telling the team I'm moving on."

Redwater made the playoffs during Stine's last two seasons, including 8-4 in 2011, and an upset win against Daingerfield.

Marty Moore just called me and he has officially signed a contract to become the AD/Head Football Coach at his Alma Mater, Hawkins High School.

Click "more" for the rest of the story.
More »

Anybody Have Doe Tags That They Aren't going to use??

Thanks anyway! This is actually the 2nd year for me and it isn't any easier. I have been hunting for over 50 years, our family always had deer camps with very minimal cabins or campers at a central location. Now it's almost impossible to find a lease that the average guy can afford, much less all the other costs involved. I got a chance to go on a coaching friends private property yesterday and enjoyed it so much!! Reminded me how much I miss the quiet mornings on the stand!! Lot's of "come to Jesus" talks have occurred on dear stands...at least fir me it has!! LOL!!! Didn't see anything but some very fat fox squirrels but it was great!!! Vienna Saudage and crackers never tasted so good!!!! You folks stay safe out there!! God bless!!

I still can't believe Biden got away with that quip about anyone who doesn't vote for him. I mean, wow...

Did you see the poll about if the Biden laptop came out would you have voted for Biden? 17% said no. You flip 1/5 of his vote? Who knows how it turns out.

He's so secretly undercover that he doesn't even know he's a genius. Neither does anyone else.

Well in his neck of the woods, most folks chew on the coloring book but at least he opened it. 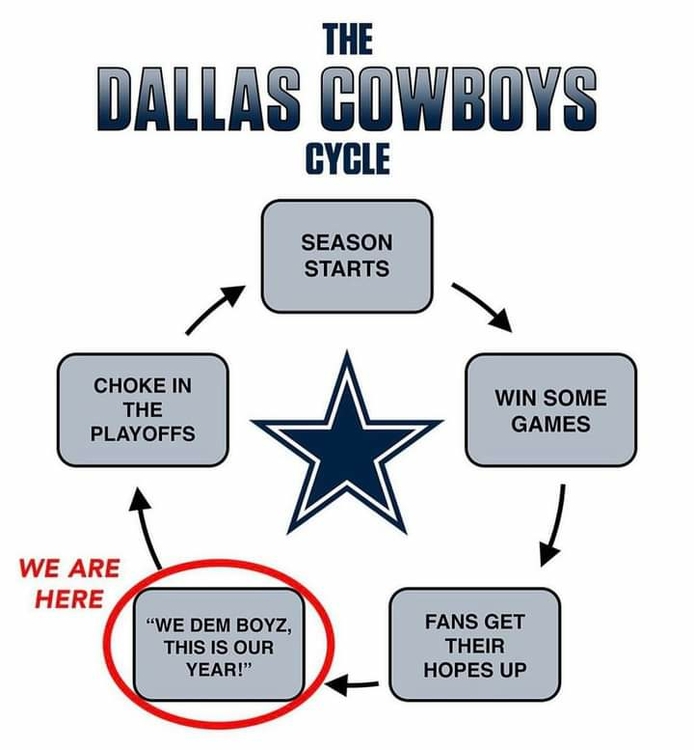 That's pretty much the size of it.?

Take note of the teams still playing, and then again of the ones in Arlington next week. You'll notice something, the vast majority will look exactly alike. It's a discipline issue, and yes, it's a small thing, but small things make the difference between teams sitting at home and those still playing this time of year.

This is actually inherently false. I’ve watched pretty much every team remaining in the playoffs. The only teams that come close to every one matching what they wear in North Shore and Katy. Katy kids will all be in white socks and black shoes for the most part.  North Shore is very similar as well. Look at Westlake, SOC, Argyle, Shiner, Hawley, PNG, etc all these kids wear something different when it comes to equipment. Times have changed, not everyone is fitting a square peg into a round hole.

Sideline to Sideline 2A,3A, and 4A Semifinals show

How did Aledo lose to Parish Episcopal? I figured it was just the first game of the season, Aledo probably kept their offense/defense pretty vanilla, etc. Did some big players not play that game?

Guyer is.... Guyer. I don't think anyone can hang with them this year.

Don’t be fooled by Private School, Parish is really talented. Have a top tier QB in Sawyer Anderson. They scheduled very tough in the preseason, knocked off defending state champs in Aledo and China Springs who are both obviously still playing ball, 4A D1 state runner up Austin LBJ and it took a FG as time expired for SOC to beat them. Parish is really really good.